FOXERO contains a substance called cefpodoxime. It belongs to a group of antibiotics called cephalosporins.

It is used to treat infections caused by bacteria. These are infections of:

nose, sinuses (such as sinusitis)
throat (such as tonsillitis, pharyngitis)
chest and lungs (such as bronchitis, pneumonia)
skin (such as abscesses, ulcers, infected wounds, inflamed hair follicles, boils, infections around the fingernails, and a type of skin infection called cellulite)
urinary system (such as cystitis and kidney infections)
sexually transmitted infections, gonorrhea

There are no reviews yet. 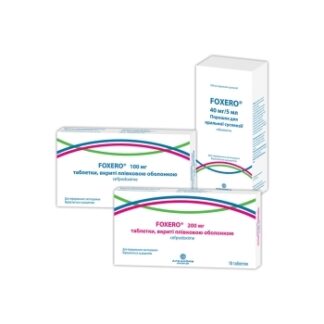